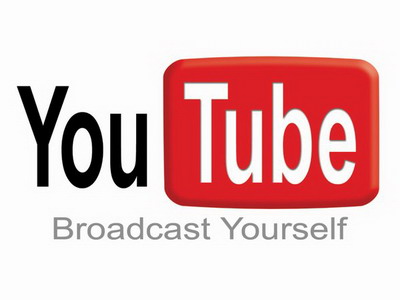 YouTube was created by Chad Hurley, Steve Chen, and Jawed Karim in 2005 who were all employees of Paypal
YouTube was initially funded by bonuses received following the eBay buy-out of PayPal
The founding trio didn’t come up with the YouTube concept straight away. Legend has it that YouTube began life as a video dating site dubbed “Tune In Hook Up,” said to be influenced by HotorNot. The three ultimately decided not to go that route
The inspiration for YouTube as we know it today is credited to two different events. The first was Karim’s inability to find footage online of Janet Jackson’s “wardrobe malfunction,” and the second when Hurley and Chen were unable to share video footage of a dinner party due to e-mail attachment limitations
The domain name YouTube.com was registered on Valentine’s Day in 2005
The domain name caused a huge misunderstanding for Universal Tube & Rollform Equipment. Its company domain, “utube.com,” was overwhelmed with traffic from people that tried to spell the video site’s name phonetically
The first video on YouTube is of one of the co-founders Jawed Karim talking about elephant’s trunks titled “Me at the Zoo” shot at the San Diego Zoo.
The first video has received over 4.8 million views
Google paid $1.65 billion for YouTube in November 2006
Google serves over 6 times more videos than its next closest competitor according to Nielsen
Google’s auto speech recognition technology translates 51 languages including captions
The longest Video ever on YouTube is 48 hours (2 days!)
The ‘how to’ video category is the fastest growing vertical on YouTube
YouTube has 490 million users worldwide (unique visitors per month)
It generates an estimated 92 billion page views each month.
The average YouTube user visits the site 14 times per month
The average user spends an average of 25 minutes on the site each time they visit.
The average user spends 5 hours and 50 minutes per month (not as much as Facebook)
Together, we spend 2.9 billion hours on YouTube in a month. That’s 326,294 years.
More than 13 million hours of video were uploaded during 2010 and 35 hours of video are uploaded every minute.
The amount of video uploaded in 2010 is the equivalent of 150,000+ full-length movies in theaters each week
More video is uploaded to YouTube in 60 days than the 3 major US networks created in 60 years
70% of YouTube traffic comes from outside the US
YouTube is localized in 25 countries across 43 languages
YouTube’s demographic is broad: 18-54 years old
YouTube reached over 700 billion playbacks in 2010
They have signed over 10,000 advertising partners to date, including Disney, Turner, Univision and Channel 4 and Channel 5
Hundreds of partners are making six figures a year
There are over 7,000 hours of full-length movies and shows on YouTube
YouTube is monetizing over 2 billion video views per week globally
94 of AdAge’s Top 100 advertisers have run campaigns on YouTube and the Google Display Network
The number of advertisers using display ads on YouTube increased by 1,000% in the last year
YouTube has more HD content than any other online video site
10% of YouTube’s videos are available in HD
Automated Content ID (which detects duplicate content to prevent copyright infringements) scans over 100 years of video every day
More than 1000 partners are using Content ID, including every major US network broadcaster, movie studio and record label
Over a third of YouTube’s total monetized views come from Content ID
Over 4 million people are connected and auto-sharing to at least one social network
An AutoShared Tweet results in 6 new youtube.com sessions
Over 5 million people have found and subscribed to at least one friend on YouTube using friend-finding tools
Millions of subscriptions happen each day. Subscriptions allow you to connect with someone you’re interested in—whether it’s a friend, or the NBA—and keep up on their activity on the site.
Users like Machinima, MysteryGuitarMan, Fred, collegehumor, and UniversalMusicGroup have millions of subscribers
More than 50% of videos on YouTube have been rated or include comments from the community
Millions of videos are favorited every day
YouTube mobile gets over 100 million views a day
The YouTube player is embedded across tens of millions of websites
YouTube says that on average there are more than 400 tweets per minute containing a YouTube link
The most watched video (that is not a music video) is “Charlie Bit My Finger” with currently 317 million views
The most watched music video is Justin Bieber’s “Baby” which currently has over 536 million views
In 2009 the US Congress and President YouTube channels were launched
Read the full article by Jeff Bullas here.